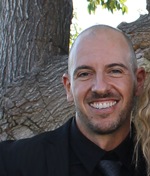 Title: The bacterial biota of fermented fish: The hakarl

Andrea Osimani is a PhD Associate Professor in Agricultural Microbiolgy, he is author of 71 international scientific papers indexed in Scopus (874 citations; h-index 17) or ISI Web of Knowledge and has been serving as an editorial board member of reputed Journals. He is currently Professor for the Courses of Hygiene, Microbiological Risk Management and Laboratory of Microbiology at the Department of Agricultural, Food and Environmental Sciences - Polytechnic University of Marche, Italy. His research activity is focused in the study of microbial dynamics in conventional and unconventional foods and environmental matrices.

Fermented marine-based products are currently consumed by several cultural groups worldwide. Brilliant examples of traditional fermented fish products are represented by surstroomming and rakfisk, produced in Sweden and Norway, respectively, and hakarl, produced in Iceland. Hakarl is produced by curing of the Greenland shark (Somniosus microcephalus) flesh that, before fermentation, is toxic for the high content of trimethylamine (TMA) or trimethylamine N-oxide (TMAO). Despite its long history of consumption, there is a lack of knowledge on the microbial consortia involved in the fermentation of this fish. In the present study samples of ready-to-eat hakarl were subjected to viable counting of bacteria and eumycetes on different selective growth media. The DNA extracted directly from the hakarl samples was further subjected to Polymerase Chain Reaction-Denaturing Gradient Gel Electrophoresis (PCR-DGGE) and 16S rRNA gene amplicon based sequencing (Illumina sequencing). Viable counting revealed by the presence of total mesophilic aerobes, lactic acid bacteria, and Pseudomonadaceae. The dominance of closest relatives to Tissierella creatinophila was evidenced by PCR-DGGE. Moreover, the main operational taxonomic units (OTUs) shared among the data set were Tissierella, Pseudomonas, Oceanobacillus, Abyssivirga, and Lactococcus. The detection of Pseudomonas by Illumina sequencing supports the hypothesis of a possible role of this microorganism on the detoxification of shark meat from TMAO or TMA during fermentation. Further studies are needed to establish the role and the viability of the detected microbial species during shark fermentation, as well as their interactions and correlation with physical-chemical and rheological traits of hakarl. 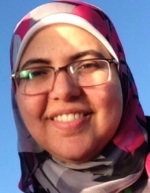 Maha Usama Abdelhaseib received her bachelor of veterinary medicine degree (BVSc) from Egypt, completed her Master dergee in Food Hygiene at 2009 Egypt and her PhD as Visiting scholar in the Food Science departement at Purdue University IN USA in 2014, Right after, she has started her postdoctoral studies at Purdue University in 2016. She is Lecturer at Food Hgiene departement Assiut University, Egypt. She is motivated researcher working in the core and interdisciplinary area of molecular microbiology, pathogen detection, biosensors, food microbiology and safety. 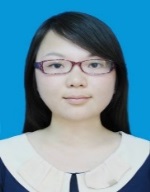 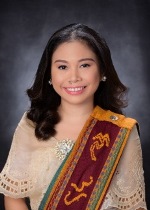 Ma Carisse Merin Compendio has just recently completed her Masteral Degree in Food Science minor in Applied Nutrition at the University of the Philippines- Los Banos, Laguna, Philippines last June 2018. At the present time, she also has another publication which also focuses on further utilization of Nami (Dioscorea hispida Dennst). Her interest really focuses on the study of this tuber since it is abundant in her country (Philippines) but was quite forgotten due to its hassle preparation and presence of neurotoxic substance if impropery detoxified.

Nami (Dioscorea hispida Dennst) is an underutilized tuber because of its inherent high alkaloids and hydrogen cyanide composition, and low protein content. Due to the drawbacks and limitations of this tuber, this study aims to utilize detoxified nami flour in cookie processing and fortify it with protein using different types of legume flour. A 3,2 Simplex Lattice Design was used to determine the optimum combination of composite flour of soybean, mung bean, and white bean that would enrich the protein content of nami cookies. The optimum protein enriched nami cookie has a level of 61.7% soybean flour, 25.53% white bean flour and 12.77% mung bean flour providing at least 12.1% protein at the price of ₱6.9/ 40g pack. Each 40gram serving also provides 13.2% of the total recommended energy intake (RENI) and 51% of the recommended nutrient intake for protein of children aged 4-6years. Consumer preference test also showed that the optimum product can fairly compete in the market as compared to non-altered ingredient cookies.